Exercise, particularly aerobic exercise during midlife is effective for preventing ED; exercise as a treatment is under investigation. For tobacco smokers, cessation results in a significant improvement.

Oral pharmacotherapy and vacuum erection devices are first-line treatments, followed by injections of drugs into the penis, and penile implants. 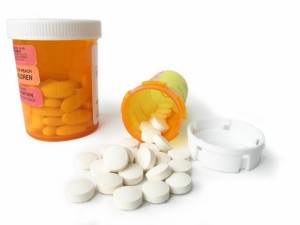 Phosphodiesterase type 5 inhibitors
The cyclic nucleotide phosphodiesterases constitute a group of enzymes that destroy the cyclic nucleotides cyclic adenosine monophosphate (cAMP) and cyclic guanosine monophosphate (cGMP). Phosphodiesterases exist in different molecular forms and are unevenly distributed throughout the body. One of the forms of phosphodiesterase is termed PDE5, and inhibiting PDE5 increases the amount of cGMP available in the blood supply to the penis, thus increasing blood flow. The PDE5 inhibitors sildenafil (Viagra), vardenafil (Levitra) and tadalafil (Cialis) are prescription drugs which are taken orally.

A topical cream combining alprostadil with the permeation enhancer DDAIP has been approved in Canada under the brand name Vitaros as a first line treatment for erectile dysfunction.

Another treatment regimen is injection therapy. One of the following drugs is injected into the penis: papaverine, phentolamine, and prostaglandin E1.

A vacuum erection device helps draw blood into the penis by applying negative pressure. This type of device is sometimes referred to as penis pump and may be used just prior to sexual intercourse. Several types of FDA approved vacuum therapy devices are available with a doctor’s prescription. When pharmacological methods fail, a purpose-designed external vacuum pump can be used to attain erection, with a separate compression ring fitted to the penis to maintain it. These pumps should be distinguished from other penis pumps (supplied without compression rings) which, rather than being used for temporary treatment of impotence, are claimed to increase penis length if used frequently, or vibrate as an aid to masturbation. More drastically, inflatable or rigid penile implants may be fitted surgically.

Often, as a last resort if other treatments have failed, the most common procedure is prosthetic implants which involves the insertion of artificial rods into the penis.

The FDA does not recommend alternative therapies (i.e. those that have not received FDA approval) to treat sexual dysfunction. Many products are advertised as “herbal viagra” or “natural” sexual enhancement products, but no clinical trials or scientific studies support the effectiveness of these products for the treatment of erectile dysfunction, and synthetic chemical compounds similar to sildenafil have been found as adulterants in many of these products. The United States Food and Drug Administration has warned consumers that any sexual enhancement product that claims to work as well as prescription products is likely to contain such a contaminant.

Gene therapy is being developed that would allow for weeks or months long effect, supporting erections. This gene therapy involves injection of a transfer gene, calcium-sensitive potassium channel (hMaxi-K), into the penis.

A study done at the Medical College of Georgia has found that venom from the Brazilian wandering spider contains a toxin, called Tx2-6, causes erections. Scientists believe that combining this toxin with existing medication such as Viagra may lead to an effective treatment for erectile dysfunction.